Please click the file below to view Nicole's current resume: 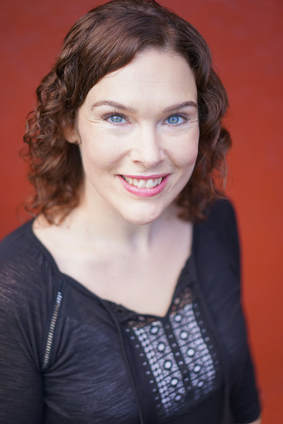 ​Nicole Jeannine Smith is an independent theatre artist who has recently returned to Tampa, FL after pursuing an MFA in Acting at West Virginia University. Previously, she spent a few years traveling between Tampa and Cincinnati seeking acting opportunities. In the Spring of 2017 and 2018, Nicole served as the Assistant Producer for the first two years of the Tampa International Fringe Festival. She has spent the majority of her professional acting career working in theatres across the Tampa Bay Area after graduating from the University of South Florida with a BA in Theatre Arts in 2006. Some of her favorite roles in Florida include Marmaduke Bonthrop Shelmerdine Esquire/Ensemble in Jobsite Theater’s "Orlando", Bessie in Urbanite Theatre’s production of "The Drowning Girls", and Agnes in Stageworks Theatre’s "The Divine Sister". In 2014, Nicole won a Creative Loafing “Best of the Bay” award for her solo performance of “4.48 Psychosis” directed by Giles Davies at Jobsite. She also proudly serves as an Artistic Associate for Jobsite Theater. 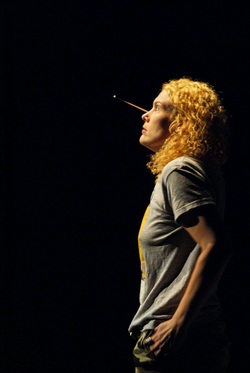 “The performances are of various types. Best of all is Nicole Jeannine
Smith, who as Mae is the moral center of the drama and a genuinely complex character. Smith excels in this leading role, combining mania and anguish, and easily dominating the other strong personalities with her charismatic, kinetic presence”. –Review of Chapel Perilous by Mark E. Leib in Creative Loafing July 2012